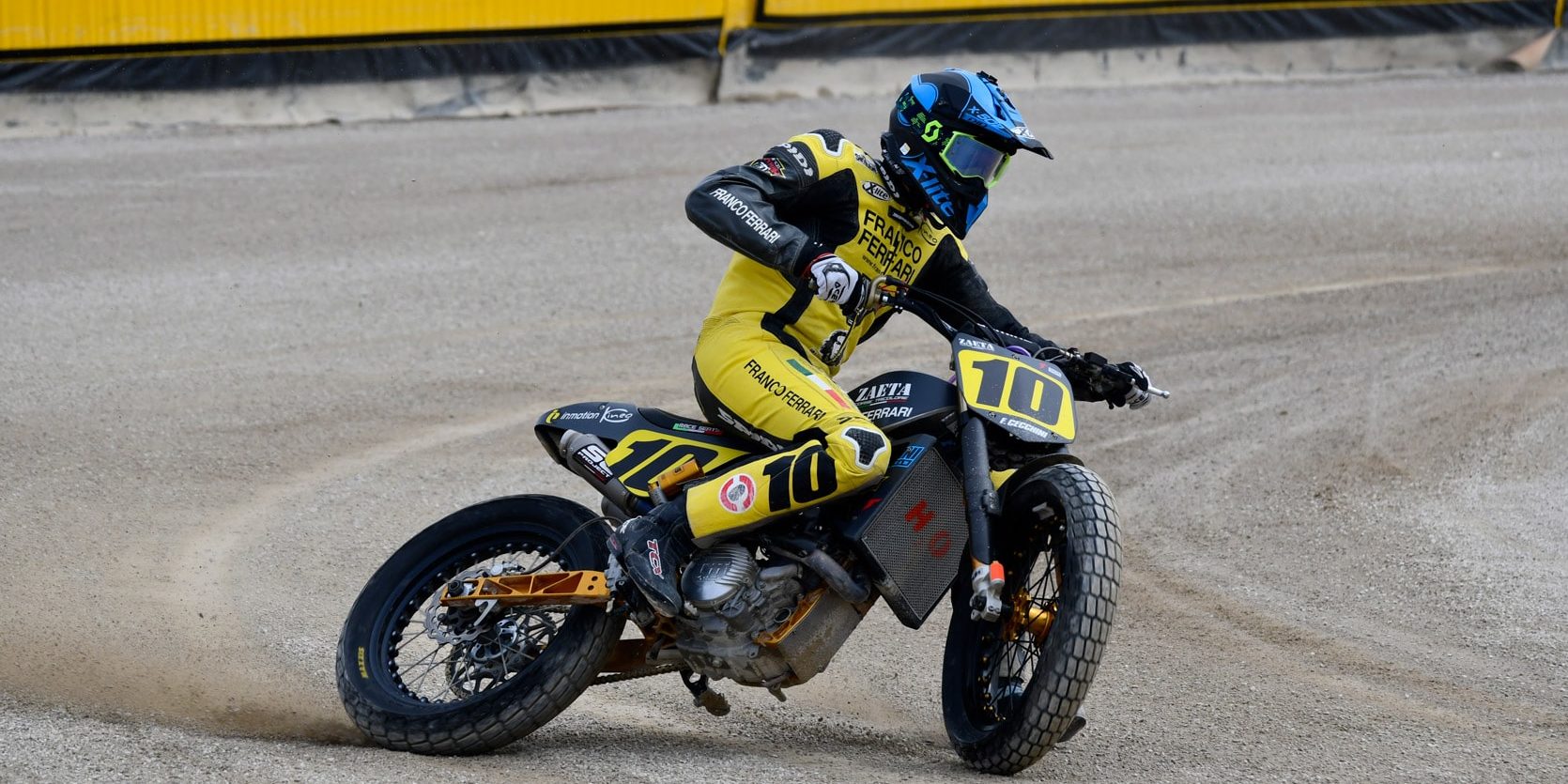 Incredible season, for the Zaeta of Paolo Chiaia and Matteo Uliassi, the single-cylinder engine designed by engineer Giulio Bernardelle of In-Motion: for the second year in a row we celebrated the domination of Flat Track, both in the Italian championship and in the FIM World Cup. This last tournament was more significant than in the past because it was held in three races: Terenzano (Udine), Morizès (Gironda, France) and Misano Adriatico.

Just in Misano, on the occasion of the San Marino GP on Saturday 14th September, the Zaeta driver Francesco Cecchini won the third round of the Flat-Track World Cup. Third consecutive success for the son of Fabrizio, the famous technician of the team Gresini in MotoGP, and for the renewed DT450RSi that the two Cecchini have developed and brought into the race.

The bike was revolutionized last winter. The frame has been completely redesigned, with the aim of increasing its stiffness to follow the performance progress of the specialty; both the light alloy part, visibly strengthened, and the upper steel triangle have been revised.

In terms of engines, the exhaust system has been redesigned: a complete SC-Project full titanium system with GP70-R silencers that maintains the double silencer configuration, to improve power at mid and low rpm.

Francesco Cecchini closed the FIM Flat-Track Cup with 104 points and a wide margin over the runner-up, the Spanish Garin Vera. In the Italian championship Cecchini and Zaeta took home the victory when only the last round is missing, scheduled in Terenzano on October 13. 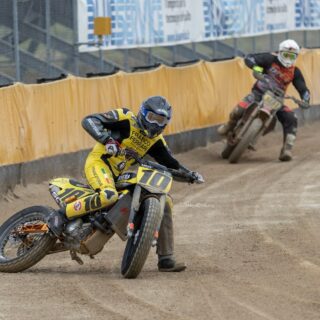 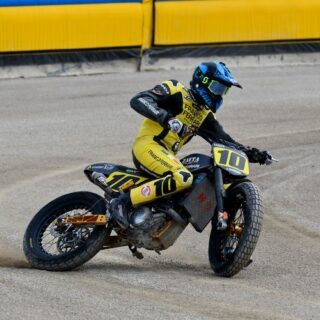